Hey guys! So today is Super Thursday in the book world where 505 hardbacks are released into the wild. It's one of my favourite bookish days - I love seeing all of the new books released and the excitement that comes with it. With so many books flying out, I thought I'd showcase some of my personal highlights that I can't wait to get my hands on.


I am a sucker for coming of age stories especially one that's mixed with mystery and complicated female friendships: 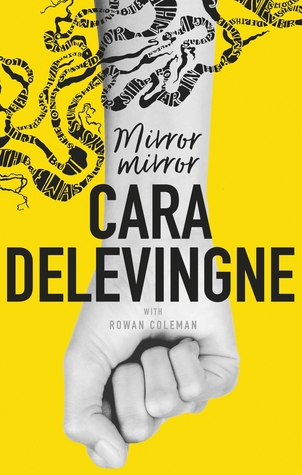 A gripping coming-of-age story that explores identity, sexuality, friendship and betrayal for fans of WE WERE LIARS, GO ASK ALICE and THE GIRLS.
Friend. Lover. Victim. Betrayer.
When you look in the mirror, what do you see?
Sixteen-year-old friends Red, Leo, Naima and Rose are like anyone their age: figuring out who they are and trying to navigate the minefield of school and relationships. Life isn't perfect, but they're united by their love of music and excited about what the future holds for their band.
That is until Naima dies in tragic circumstances, leaving behind only one word. 'Sorry'.
What awful truth was she hiding? What dark secret was lurking behind her seemingly sunny persona? And how did Red, the self-styled protector of the group, fail to spot the warning signs?
While Rose turns to wild partying and Leo is shrouded by dark moods, Red sets out to uncover the truth and find out what - or perhaps who - was responsible for Naima's death.
It's a journey that will cause Red's world to crumble, exposing the dark and dangerous truth behind the fragile surface of their existence. Nothing will ever be the same again, because once a mirror is shattered, it can't be fixed.

It Only Happens in the Movies by Holly Bourne

I absolutely adore Holly Bourne's books. I picked up the sampler of this at YALC and demolished it. It promises to be warm, funny and important in classic Holly style.

Audrey is over romance. Since her parents' relationship imploded her mother's been catatonic, so she takes a cinema job to get out of the house. But there she meets wannabe film-maker Harry. Nobody expects Audrey and Harry to fall in love as hard and fast as they do. But that doesn't mean things are easy. Because real love isn't like the movies...
The greatest love story ever told doesn't feature kissing in the snow or racing to airports. It features pain and confusion and hope and wonder and a ban on cheesy clichés. Oh, and zombies... YA star Holly Bourne tackles real love in this hugely funny and poignant novel.


The Book of Forgotten Authors by Christopher Fowler

This book sounds like such a little gem. I'm looking forward to picking it up and discovering forgotten authors. 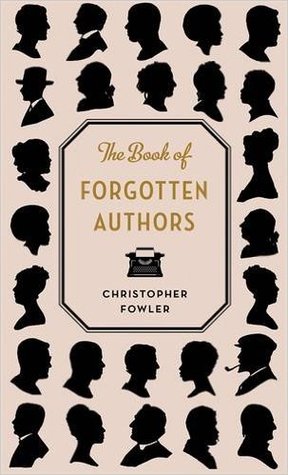 Absence doesn't make the heart grow fonder. It makes people think you're dead.
So begins Christopher Fowler's foray into the back catalogues and backstories of 99 authors who, once hugely popular, have all but disappeared from shelves.
We are fondly introduced to each potential rediscovery: from lost Victorian voices to the twentieth century writers who could well become the next John Williams, Hans Fallada or Lionel Davidson. Whether male or female, flash-in-the-pan or prolific, mega-seller or prize-winner - no author, it seems, can ever be fully immune from the fate of being forgotten.
These 99 journeys are punctuated by 12 short essays about faded once-favourites: including the now-vanished novels Walt Disney brought to the screen, the contemporary rivals of Sherlock Holmes and Agatha Christie who did not stand the test of time, and the women who introduced psychological suspense many decades before it conquered the world.
This is a book about books and their authors. It is for book lovers, and is written by one who could not be a more enthusiastic, enlightening and entertaining guide.


What are you guys looking forward to picking up today?
Posted by Unknown at 17:27