BLOG TOUR: The Goddess and the Thief

Today I have the lovely Essie Fox on the blog to talk about her research for her novel The Goddess and the Thief.

MY RESEARCH PROCESS FOR WRITING THE GODDESS AND THE THIEF

The Goddess and the Thief is a Victorian novel narrated by Alice Willoughby, a young woman living in Windsor in the home of her spinster aunt; a fraudulent spirit medium. In fact, the only true psychic is Alice, the young woman born in India, where she lived with her father, and ayah– or nanny – who cared for the child when her mother died. That ayah told stories of Hindu gods and those stories still haunt Alice’s dreams – especially when meeting with a man by the name of Lucian Tilsbury. He has also lived in India but has now come to England on a quest to steal – he would say reclaim – a sacred diamond plundered at the end of the second Anglo Sikh war. Alice will unwittingly play a part in that theft – after which she will be in danger of losing her freedom, her sanity – and something else she did not want, but which she has come to dearly love. 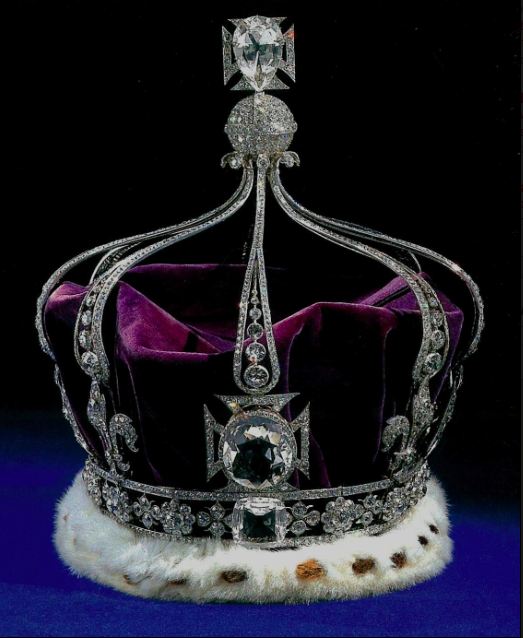 The story of The Goddess and the Thief came about when I decided to write a mystery set in Victorian Windsor – inspired by the backdrop of houses, streets, and the river paths I often walk, having lived in the town for many years.

I already had a vague idea that my novel would be based around a theft involving Queen Victoria, when my little gang of thieves would manage to enter the castle walls. But what would they want to steal? What could possibly be so important for them to even contemplate a crime as audacious as that would be?

I began by researching the internet, wondering what might have been Queen Victoria’s most valuable possession. And that was how I came to find references to the Koh-i-noor diamond which is now on display in the Tower of London as part of the Crown jewels – having first been brought to England when displayed at the Great Exhibition of 1851, after which for some time it had been worn by Victoria as a brooch.


But, when researching further back to the diamond’s Indian history I discovered the sacred Koh-i-noor was featured in stories of Hindu gods; with prophecies, curses and blessings attached to its ‘magical’ properties. Not only was I hugely inspired by many of those stories – but also by the tragic fate of the boy maharajah, Duleep Singh, who had owned the diamond before the Queen – who was himself a spoil of war, being exiled to live in England where he was spoiled and privileged, but really very little more than a glamorous bird in a golden cage. 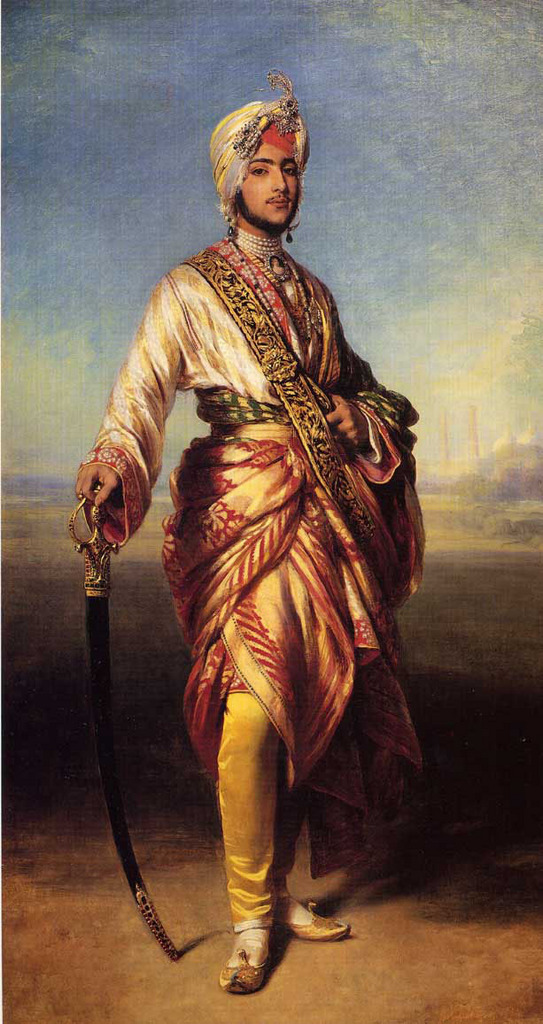 Victoria did adore him – inviting Duleep on holidays with her family at Osborne House, often  painting her ‘beautiful boy’, or commissioning the artist, Winterhalter to create the prince’s likeness in his glorious national costume. There is a story told about the time when that portrait was being made, when the Queen entered the White Room at Buckingham Palace and told the prince to close his eyes, after which she placed the diamond there. But, surely she knew of the ancient curse that only a woman could hold the stone; that any man who did so would see his line fade away from the light. And perhaps it was only coincidence, but despite the fact that Duleep married and went on to have several children, not one of those children then went on to have any offspring of their own. Duleep Singh, the last king of Lahore, did indeed see his line fade from the light.

I still find that story very sad – and at the time of reading it I knew that the prince would play some part in my novel’s story – his fate in very many ways echoed far more largely by my fictional narrator, with Alice Willoughby being born and raised as a child in India, before coming to Windsor to live with her aunt – a spiritualist medium.

And why chose that profession? Well, apart from the fact that the subject of the Victorian cult of spiritualism was something that fascinated me, and had done for many years – when learning that after Prince Albert’s death the Queen often sought the services of mediums to draw him back, I suddenly knew exactly how my thieves could enter her private rooms – and how a dark circle might be held within the castle’s gothic walls. 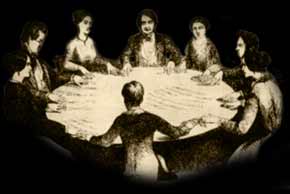 So, that – in essence – is the background of the research that went on to inspire my novel, The Goddess and the Thief – with its sacred diamond, and Hindu gods, and its murky candlelit séances where laudanum-soaked mediums might seek to defraud their clientel. And sometimes, when they least expect, a real spirit might appear. 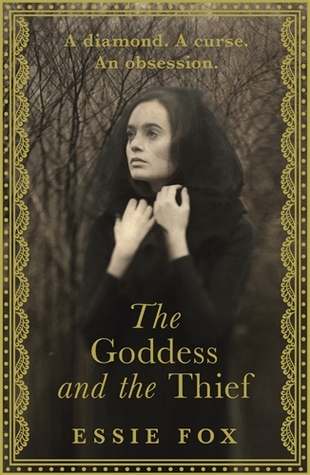 A beguiling and sensual Victorian novel of theft and obsession from the author of THE SOMNAMBULIST.
Uprooted from her home in India, Alice is raised by her aunt, a spiritualist medium in Windsor. When the mysterious Mr Tilsbury enters their lives, Alice is drawn into a plot to steal the priceless Koh-i-Noor diamond, claimed by the British Empire at the end of the Anglo-Sikh wars.
Said to be both blessed and cursed, the sacred Indian stone exerts its power over all who encounter it: a handsome deposed maharajah determined to claim his rightful throne, a man hell-bent on discovering the secrets of eternity, and a widowed queen who hopes the jewel can draw her husband's spirit back. In the midst of all this madness, Alice must discover a way to regain control of her life and fate...