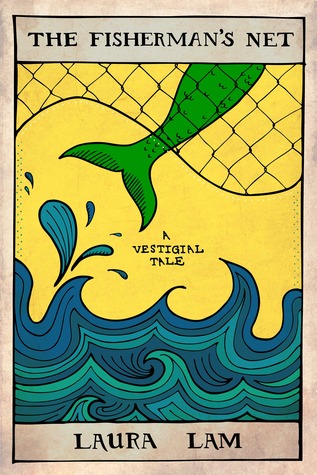 Untold centuries ago, the Archipelago was ruled by the Alder—mysterious beings who vanished, leaving behind only scattered artefacts of unknown power, called Vestige. Sometimes, a person will be lucky or unlucky enough to discover that each piece of Vestige has its own tale to tell…

A humble fisherman in a village of the coast of the island of Linde buys a trinket at the market, which he discovers is Vestige. The poor man soon becomes the best fisherman in the village and marvels at his newfound wealth. One day, he ensnares a most unusual catch: a Chimaera sea maiden that isn’t meant to exist. And he’s not sure if he can let her go.

Vestigial Tales are stories set in the world of the award-winning Micah Grey series. Step behind the circus ring from Pantomime, the theatre of Shadowplay, and more…

An interesting, short moral tale from the author of Pantomime and Shadowplay. This novella made for the perfect fable with its balance between doing what's right and wrong. I'm really enjoying finding out about the powers of the Vestige. Laura Lam continues the use of her magical and captivating language as she threads a tale of the dangers of greed.

The Fisherman's Net is a standalone novella despite being situated in the world of the Pantomime series. I love that each of these tales add a little something extra to the series and I can't wait to read more!
Posted by Unknown at 09:30