Today I am absolutely OVER THE MOON to share with you guys some exclusive and exciting content as part of the Harry Potter blog tour. As you all know, Bloomsbury have recently released some absolutely gorgeous new covers (I'm in love, seriously) and I'm so honoured to be a part of their promotion! This blog post is about all things Half-Blood Prince, Jonny Duddle and Sarah J. Maas! I think these covers are absolutely mind-blowing. I can't stop looking at them and would love to know what you guys think. If you want to know why Harry Potter means so much to me, please have a read here! 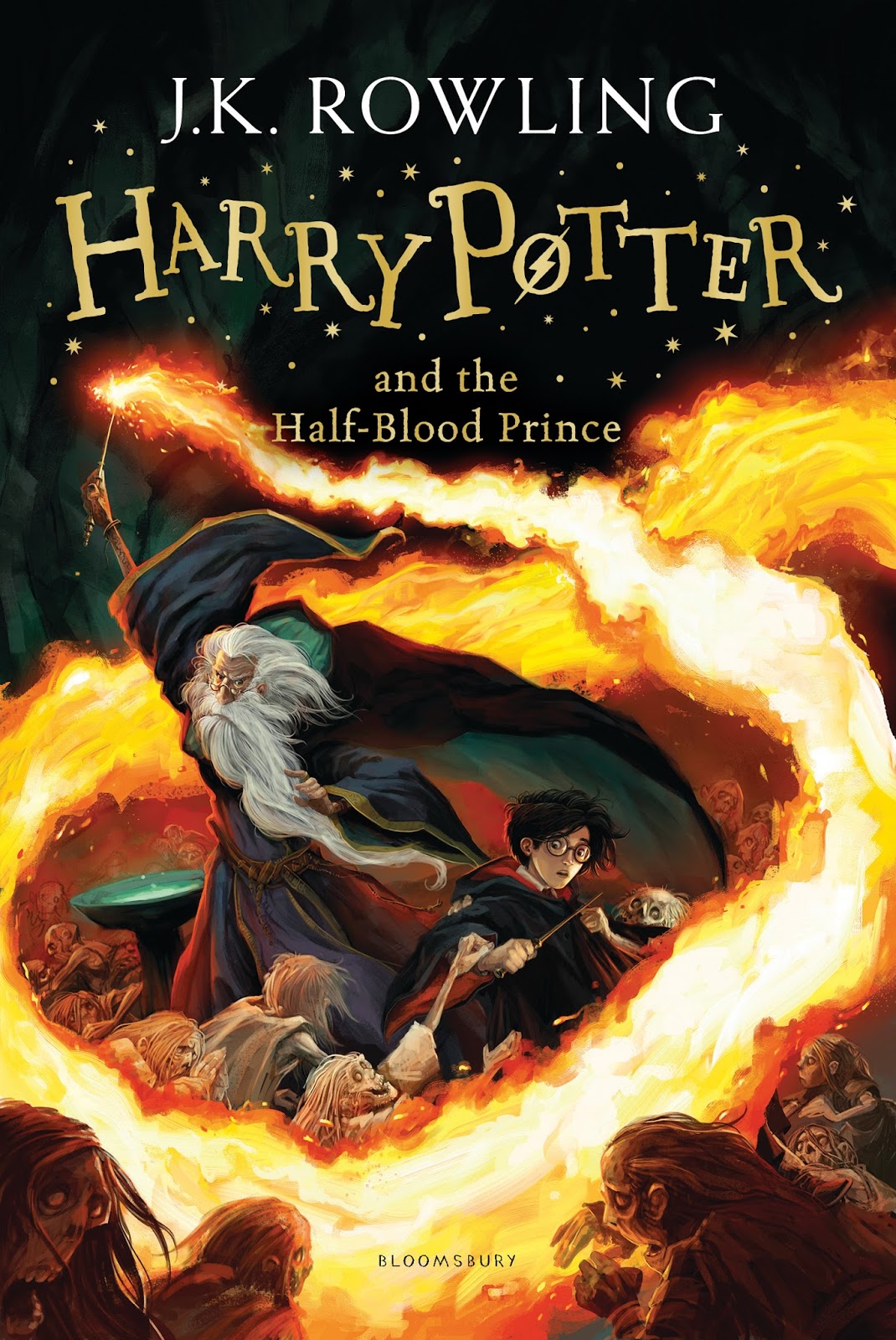 When Dumbledore arrives a Privet Drive one summer night to collect Harry Potter, his wand hand is blackened and shrivelled, but he does not reveal why. Secrets and suspicion are spreading through the wizarding world, and Hogwarts itself is not safe. Harry is convinced that Malfoy bears the Dark Mark: there is a Death eater amongst them. Harry will need powerful magic and true friends as he explores Voldemort’s darkest secrets, and Dumbledore prepares him to face his destiny... 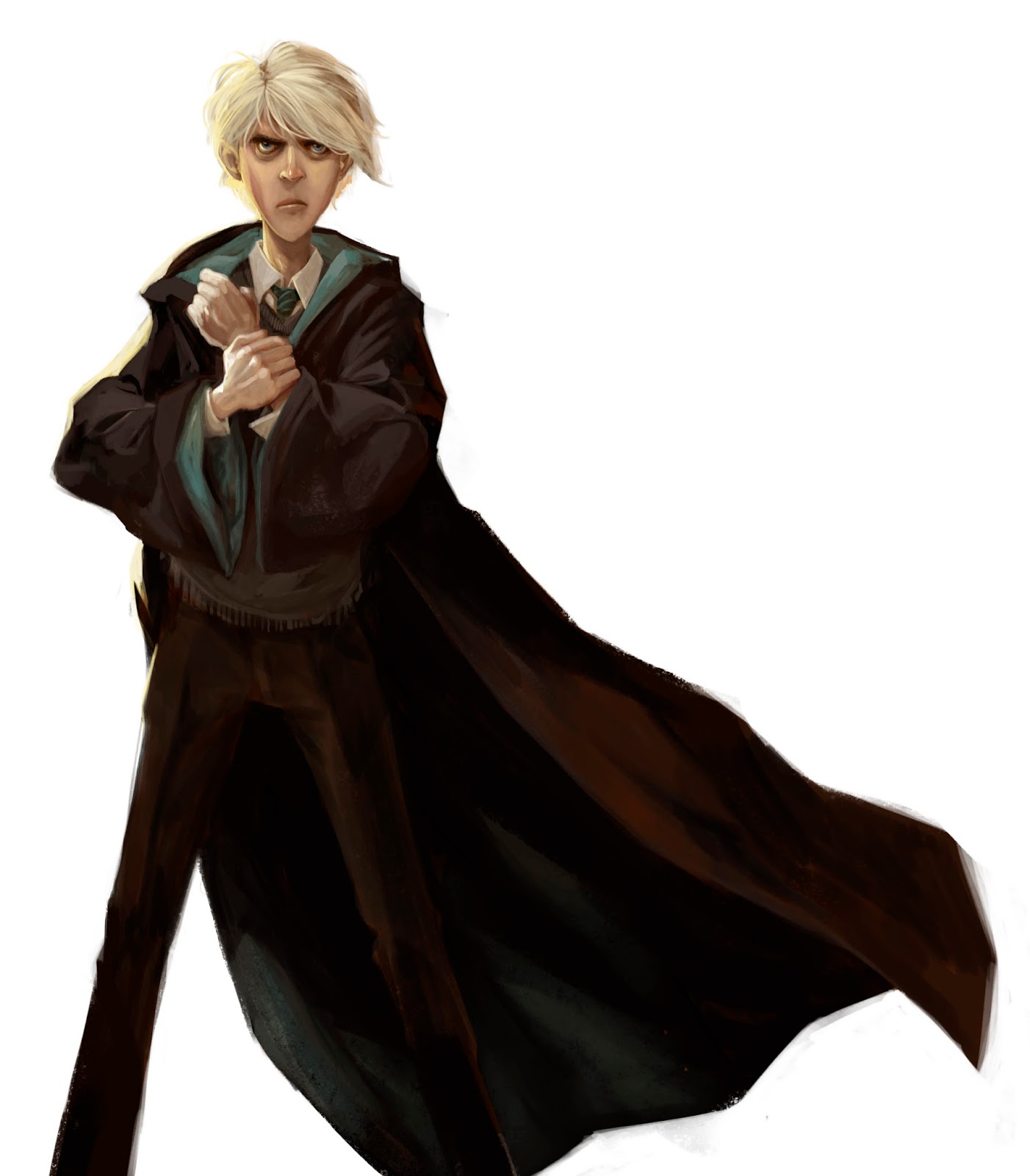 A perfectly apt Draco Malfoy! I LOVE this interpretation of Draco!

· This cover changed the least in the painting process, and is pretty much identical to the rough.

· I painted the circle of flames very quickly indeed, and every time I tried to refine them, they looked more and more static, so I kept going back to the quick version and only added little details here and there.

· I originally intended, to paint the covers in order but I painted this cover as a break from my struggles with ‘The Goblet of Fire’ because I knew it would be more straightforward.

Sarah J Maas, author of Throne of Glass, explains why Harry Potter is so important to her:

When I was thirteen years old, the flu kept me out of school for a week—a week that would ultimately wind up changing my life forever. (So dramatic, but it’s 10000% true.) I’d heard of Harry Potter through my little brother, who had been given the first three books (which were the only ones out at the time) as a present, but—being thirteen and too cool for anything—I’d never picked them up. Right before I’d fallen ill, however, a boy in my class (a fellow fantasy nerd) had told me how AMAZING they were, and how I had to read them IMMEDIATELY. Well, that week when I was lying in bed, wondering if I’d die from illness or boredom, I finally cracked open The Philosopher’s Stone.

I read the first three books back to back, forgetting my illness, forgetting the world entirely, and when I returned to school, I was a full-fledged Harry Potter fanatic. I spent the rest of my teenage and adolescent years waiting for the rest of the books to release, attending every midnight party, and then every midnight screening of the films, watching as the rest of the world fell as madly in love with Harry as I was. Goblet of Fire released a day before a family vacation—and that sixteen-hour drive, when my family took turns reading aloud from the book, remains one of my most cherished memories.

But my obsession with Harry Potter went beyond anxious waiting between books, and devouring them upon release day. During those years, I began writing Harry Potter fanfiction (really bad, really ridiculous fanfiction). And through it, I discovered my love of writing.

Along the way, I stumbled across a website called Fanfiction.net, where I could share and read endless amounts of Harry Potter fanfiction—and years later, fanfiction.net led me to discover it’s sister site, FictionPress.com, where I would later share the very early draft of my first fantasy novel….a little story about a teenage assassin that would later become Throne of Glass.

Harry Potter was a gateway for me. Without it, I’m honestly not sure where I’d be today. It’s brought so many wonderful, brilliant things into my life, has been a haven and an escape and a source of joy, and I’ll never, ever stop being grateful for it.

The Cover: From Beginning to End