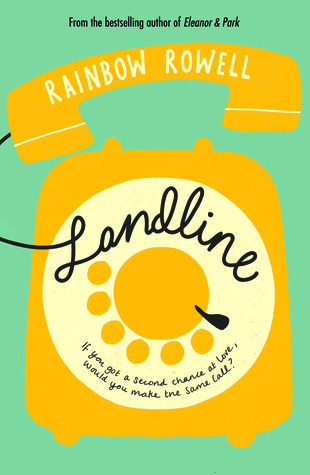 Georgie McCool knows her marriage is in trouble. That it’s been in trouble for a long time. She still loves her husband, Neal, and Neal still loves her, deeply — but that almost seems besides the point now.

Maybe that was always besides the point.

Two days before they’re supposed to visit Neal’s family in Omaha for Christmas, Georgie tells Neal that she can’t go. She’s a TV writer, and something’s come up on her show; she has to stay in Los Angeles. She knows that Neal will be upset with her — Neal is always a little upset with Georgie — but she doesn’t expect to him to pack up the kids and go home without her.

When her husband and the kids leave for the airport, Georgie wonders if she’s finally done it. If she’s ruined everything.

That night, Georgie discovers a way to communicate with Neal in the past. It’s not time travel, not exactly, but she feels like she’s been given an opportunity to fix her marriage before it starts . . .

Is that what she’s supposed to do?

Or would Georgie and Neal be better off if their marriage never happened?

*Received in exchange for an honest review*
*Thank you Orion Books*

Rainbow Rowell writes such adorable books. She really does. I've read Fangirl, Eleanor & Park and Landline now, and I have enjoyed each and every one of them. Landline has a much older feel to it than the previous two that I read, but this didn't take away anything from the book itself. With it being marketed as an adult book, adult themes are to be expected. This is a book about marriage and what happens when you grow apart, or when life gets in the way. Rowell's work is so quirky - I love it. This isn't just a story about the breakdown of a marriage, it also has some very bizarre elements to it which makes you cringe but read on eagerly.

Georgie was such an entertaining character. She has so many little quirks that I loved to read about. I cringed at so many of her decisions and really wanted to just shove her in the right direction. What I really liked was that Landline was written from the point of view of a mother who appears to put her career before her family. I felt like I got an extra perspective being from the point of view of the worker rather than the stay at home parent. Landline gave an insight into Georgie's commitments and the difficult position she was in. My heart went out to Neal on so many occasions, and I couldn't help but think how I'd react if I was in his position. It wouldn't have been pretty. Naturally, the fall out occurs at Christmas time - the ultimate family time.

Landline is a novel about love, commitment, family and the problems that come from growing apart, from not prioritising your life. It's a really emotional but humorous read. I found myself as intrigued by this time travelling landline as Georgie. I wanted to know what was going on and found myself sniggering to myself on several occasions. Although not my favourite Rowell book, it's definitely well worth a read. Fans of Rowell will not be disappointed. This isn't your usual contemporary novel. It comes with one hell of a quirk - the landline - which is guaranteed to keep you turning the pages.
Posted by Unknown at 10:00