Queen of the Genre: Q & A with Barbara Taylor Bradford 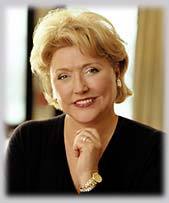 Today I'm overjoyed to share my blog with the Queen of the Genre, Barbara Taylor Bradford. Barbara is here to talk all things Cavendon Hall - her latest novel - and answering some questions we'd all love to know from a pro!

Hi, Barbara! Thanks so much for taking the time out to answer a few questions. Cavendon Hall will be the first book of yours that I’ve read, but my mother and grandmother are huge fans and highly recommended you to me – so how could I resist?

First of all, A Woman of Substance was your first novel. Where did the inspiration for this novel come from? Was it a personal experience or entirely imaginative?
A novel is a monumental lie that has to have the absolute ring of truth if it is going to succeed. So yes, my stories are from my imagination, but I do a lot of research if I am writing about such things as wars. However, life teaches everyone about life and gives a writer insight into how we behave. It’s very gratifying to know that A WOMAN OF SUBSTANCE, a story I told about a strong woman many years ago, became such a big bestseller in 40 languages, and 90 countries.

Do you have any writing rituals?
When I am writing a novel I work every day, approximately ten hours a day, seven days a week. I’m not actually writing for ten hours. I am thinking, researching, and editing as well. I take it very seriously and certainly I don’t wait for inspiration to strike. I’m a brand name and the book has to go in on time!

Are there any particular authors that inspired your writing/ writing idols?
I have mostly been influenced by the classics: Dickens, the Bronte sisters, Thomas Hardy, and the French writer Collette.

I know this is similar to asking you to pick between your children, but what is your absolute favourite book that you have written?
I believe that an author always loves the first novel they have published. So I love A WOMAN OF SUBSTANCE, but another favourite is THE WOMEN IN HIS LIFE. However, one of my most loved books is one I really enjoyed writing, and have just published. It’s called CAVENDON HALL, and I think because the characters became so alive for me, they truly live on paper.

What has been your best bookish moment since you began your career as an author?
I started writing when I was 7. When I was ten, and had had some practice by then, my mother sent a story to the children’s magazine. It was about a little girl who wanted a pony, and how she went about getting it. Nobody was more amazed than me when they not only accepted it, but paid me ten shillings and sixpence! My destiny was sealed when I received that postal order.

A final cheeky question! What is your writing plans following the release of Cavendon Hall? Yes, I am writing a new book. It is the sequel to CAVENDON HALL and is called THE CAVENDON WOMEN.

Thanks so much for taking the time to answer these questions, this has been so interesting :). 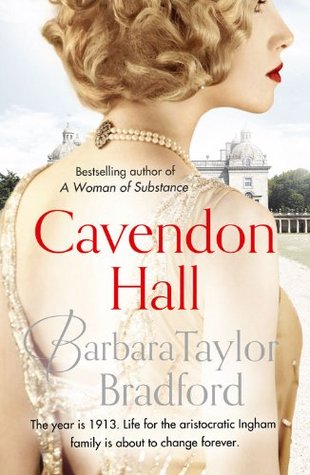 A sweeping saga set around the aristocratic Ingham family of Cavendon Hall and the Swanns who serve them, set on the eve of World War 1.

Two entwined families: the aristocratic Inghams and the Swanns who serve them

A society beauty: Lady Daphne Ingham is the most beautiful of the Earl’s daugthers. Being presented at Court and then a glittering marriage is her destiny.

But in the summer of 1913, a devastating event changes her future forever, and puts the House of Ingham at risk. Life as the families of Cavendon Hall know it – Royal Ascot, supper dances, grouse season feasts – is about to alter beyond recognition as the storm clouds of war gather.
Add to Goodreads || Purchase via TBD
Follow BTB || Facebook || Website