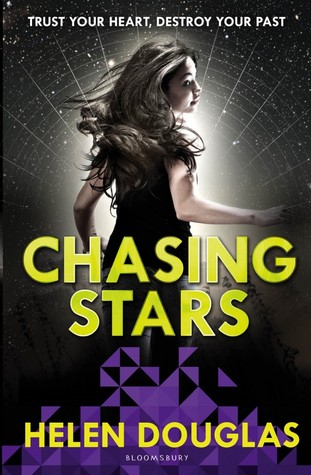 The boy Eden loves just saved her life. Now she must save his. To do so she must make a huge sacrifice. Eden can never see her friends or family again, as she travels a hundred years into the future. But the dangerous risk Ryan took to rescue Eden has been uncovered, and now Ryan faces an exile ...which will leave Eden separated from him - the one person she can't live without - and stuck in the future. She must fight to save both of them.

The mesmerising sequel to the author's wonderful debut, After Eden.


The first thing I did when I neared the end of this book was to tweet Helen Douglas: Was this a duology or was there another book? I was so sad to see that it's a duology. I am not ready to let go of the characters that I encountered in this book. I want to see how characters lives play out. I want to go with them to wherever they go. This series honestly contains the sweetest romance ever. It's one that touched me deeply and it is so evident how much Eden and Ryan care for each other. Although this book isn't crammed with action I really couldn't get enough. Chasing Stars picks up where After Eden left off, with Ryan saving Eden from her death.

There is something so lovely and special about these books. They are fairly simple, time travel focused stories with Eden being forced into the future with Ryan after breaking the time travelling laws. Chasing Stars displays Eden's adjustments to the future. Things aren't as different as she expected, but the slightest thing is enough to give away her true identity. There isn't much interaction from Ryan in this book, but he most certainly takes centre stage. I loved being introduced to his friends from the future. I would love the opportunity to spend more time with his best friend, Peg. There are so many wonderful characters and I would also have loved to have known how a few revelations went down!

I love Helen Douglas' writing style. It's beautiful and flawless - I really can't get enough of it. I am really saddened to see the end of this series but am really looking forward to reading more her work. With characters as beautiful and well rounded as Eden, Ryan and Peg I'm really looking forward to meeting more of her creations. This book is developed beautifully and has such a perfect ending. I just wish I could discover more of this world, although I'm unsure of where it would go. A lovely book, I definitely recommend it for a light and emotion inducing read.
Posted by Unknown at 15:08