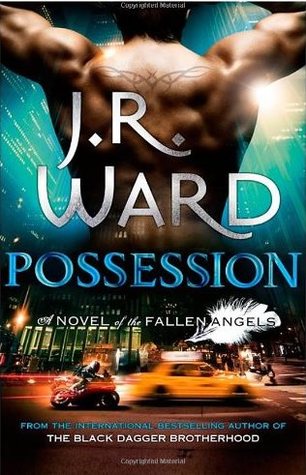 #1 New York Times bestselling author J.R. Ward explores what really happens when good and evil toy with humanity in her new novel of the Fallen Angels, as the salvation of a doomed soul depends once again on a crossroads...When Cait Douglass resolves to get over her broken heart, throw off her inhibitions, and start really living, she’s unprepared for the two sensual men who cross her path. Torn between them, she doesn’t know which to choose--or what kind of dire consequences could follow. Jim Heron, fallen angel and reluctant savior, is ahead in the war, but he puts everything at risk when he seeks to make a deal with the devil--literally. As yet another soul is unwittingly caught in the battle between him and the demon Devina, his fixation on an innocent trapped in Hell threatens to sidetrack him from his sacred duty...Can good still prevail if true love makes a savior weak? And will a woman’s future be the key, or the curse, for all of humanity? Only time, and hearts, will tell.

*Received in exchange for an honest review*
*Thank you, Piatkus*

I was really excited to receive this in the post from Piatkus. I'm a massive follower of J. R. Ward and was ecstatic to get my hands on her latest in The Fallen Angels series! I love these series - though not quite as much as Ward's Blackdagger Brotherhood series. This one, I think, is the lowest rating I've given a book by the Warden but 4* is nothing to be scoffed at! This one was a bit of a slow starter for me and everything felt a little samey. I felt like I'd read the same plot in the past four Fallen Angels novels so it felt a little tedious. There were also some unnecessary sexual descriptions within the book. Being an avid reader of Ward, I'm no stranger to her sex scenes, but some seemed completely unnecessary in this book. It was a little hard going at times.

Despite all of this, I still really enjoyed Possession. It's hard not to get drawn into the world that Ward creates and to follow the characters lives. There are some incredibly shocking events which unfold in this book and I just wish I could talk about it with you, but I don't want to spoil anything for anyone! There were so many moments where I found myself with my jaw on the floor in disbelief - I'm really looking forward to seeing the aftermath of some of things that occurred and how Ward will develop these in the next two books. She is a genius in building up such tense atmosphere and completely shocking the readers along the way. Even though the stories are similar in each book and some of the events are too, it still works really well in shocking me. Some of the events are predictable but because I'm so invested in this series I still can't bare to see them unfold!

I really enjoyed seeing how Jim and Adrian developed in the aftermath of the previous books. I love that they're both such anti-heroes. It's so much better to read about characters that aren't 100% good but have such good intentions. It can get a bit sickening if someone is a full 'bad guy' or a complete 'nice guy'. Real life: nice guys are perfect for me. My partner is wonderful. To read about though, I love reading about flawed characters that are fighting to make everything right. It was lovely seeing relationships develop further and seeing how much more warped Devina has become. It was such an exciting read once it got going - particularly with the shocking ending!

I'm really looking forward to reading the next book in the series (both Fallen Angels and Blackdagger Brotherhood). Ward's such a fun author and I really am addicted to these books! If you've not experienced Ward's writing, I really don't know what you're waiting for - she's brilliant!