G is for Galleons 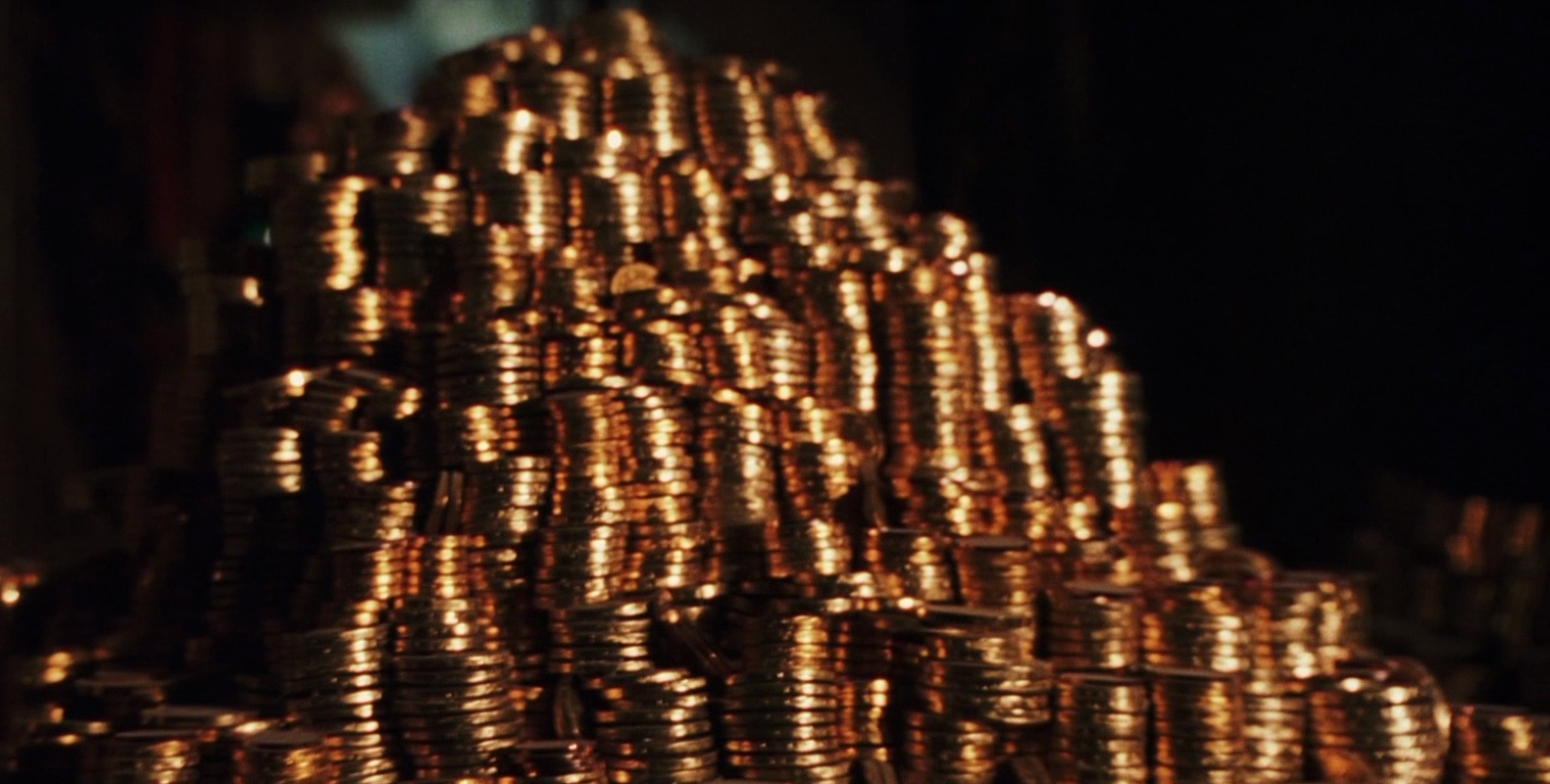 Galleons are one of the three that are used as wizarding currency. The other two are Knuts and Sickles. Galleons are gold, Sickles are silver and Knuts are bronze.
'The gold ones are Galleons. Seventeen silver Sickles to a Galleon and twenty-nine Knuts to a Sickle, it's easy enough.'
I find the currency created by J. K. Rowling to be really interesting. I have never fully wrapped my head around how it works or how it converts to pounds but apparently J.K. has once stated that a Galleon is equivalent to about £5! One of the most life changing moments for Harry in the series is discovering the wealth that has been left to him by his parents. Going from an orphan that has to wear his cousins hand-me-downs to now having what is said as a lot of money is entirely mind blowing for him.

Talking about Galleons brings in Gringotts (another G, skiiiillz). Gringotts is the wizarding bank in which the majority of the wizarding worlds treasures and money are kept. Hagrid tells Harry early on that there is no safer place (except maybe Hogwarts) for things to be kept. The security is amazingly tight and only goblins are able to open the vaults. Within the dungeons of Gringotts creatures such as dragons are kept in order to prevent break ins and to further protect the hidden treasures. Our heroes in the the series have several encounters with Gringotts, each one as exciting as the last.

More about Galleons.
More about Gringotts.
Posted by Unknown at 10:30