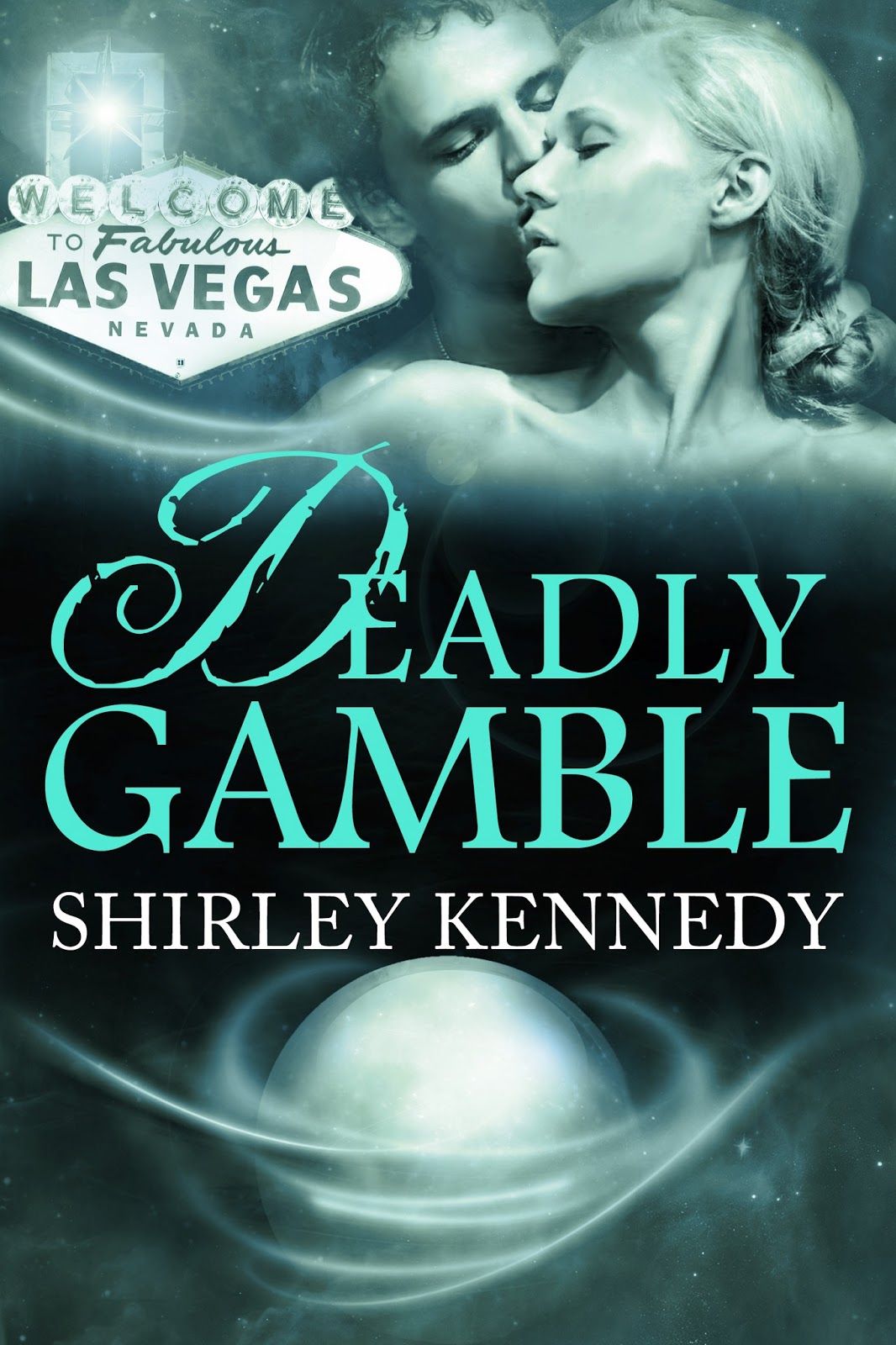 When attractive Kristi Andrews is hired as Assistant Marketing Director at the Parthenon hotel/casino in Las Vegas, she’s focused on succeeding at her new job. But from the very first day, strange events occur: a deadly escalator accident—the strange death of a candle shop owner—a psychic’s warning that the Parthenon is doomed AND IT’S ALL KRISTI’S FAULT.

Shocked and baffled, Kristi must determine if she could be responsible for the mysterious, evil presence that seems to haunt the hotel. She’s aided by a man she’s just met—famous western historical author, Mike Garvey. Attracted to Kristi, Mike goes one hundred fifty years back in time to draw upon his knowledge of old Las Vegas and the Santa Fe Trail. They are the key to a puzzling mystery which Kristi must solve if she wants to save not only the Parthenon but the entire Las Vegas Strip from total disaster.

Shirley Kennedy wrote and published Regency romances for several years for both Ballantine and Signet. She switched genres to write a wagon train romance. When struck with what she called “a great idea” about a haunted casino in Las Vegas, she was compelled to abandon both Regency England and the Old West to write Deadly Gamble.

Born and raised in Fresno, California, Shirley has lived in such diverse places as Denver; Houston; Torrance, California; Bogota ,Colombia; and Calgary, Alberta, Canada where she received a Bachelor of Science degree in Computer Sciences at the University of Calgary. She worked as a computer programmer/systems analyst for several years before she went back to her first love, writing.

Shirley lives close to her two daughters in Las Vegas Nevada. Brutus and Sparky, her two editorial assistants on the furry side, love to nap in the sunshine next to her computer while she produces her next novel.