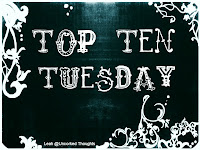 Top Ten Tuesday is a weekly meme hosted over at the wonderful blog; Broke and Bookish. This weeks Top Ten is Top Ten Characters I Would Crush On If I Were Also A Fictional Character! This should be fun :D. My top ten are in no particular order:

6. Clayton Danvers from Kelley Armstrong's Women of the Otherworld series.

It's only six for me! I don't tend to crush on many book characters to be honest. I mean, I enjoy them as characters and can totally relate to them and want them as friends, but very rarely think oh yes! You are mine haha. Guaranteed I've forgotten some that I will read in some of the posts put up by you guys :).