Harry Potter Moment of the Week #2 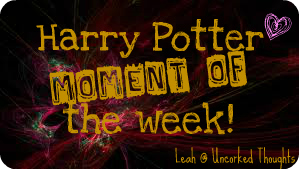 This is a meme hosted by me here at my blog :).The aim of this meme is to share with fellow bloggers a character, spell, chapter, object or quote from the books/ films/ J. K. Rowling herself or anything Potter related! I will be picking a topic within HP to focus on per week and then if anyone wants to take part feel free! This weeks is:

Character of the Week 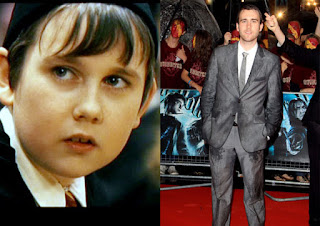 Not only does this character change so much throughout the series, but look at the transformation of the actor! Not only did Neville have the potential to be the one which Voldemort was after, but also had to put up with the constant put downs of teachers at Hogwarts and other students. Despite his clumsiness his loyalty to his friends and Hogwarts never sways. He is finally given his chance to shine in the final book - he leads the student rebellion against the Carrows and Snape but also beheads Nagini, one of Voldemort's horcruxes. Go Neville!

“I'll join you when Hell freezes over," said Neville. "Dumbledore's Army!" he shouted, and there was an answering cheer from the crowd, whom Voldemort's Silencing Charms seemed unable to hold.” ― J.K. Rowling, Harry Potter and the Deathly Hallows